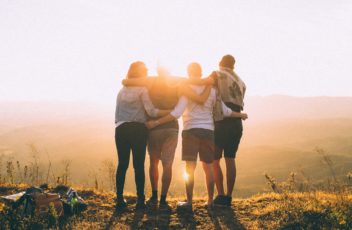 I suppose I’m extra reflective these days. Something, at any rate, brought this to the forefront of my mind. How sometimes people ask (me) if other people should be polyamorous. Now, before you go, “But why wouldn’t you want to increase your dating pool?,” let me please say:

Because whatever Disney propoganda you’ve heard, we don’t all want the same things in life.

Sure, the idea of having five cakes is awesome to someone who loves cake. And maybe you think because you like the idea of a life partner, you should want more than one. But, wait.

Maybe, for you, one is enough. Or maybe you don’t want any. I happen to have a lot of “relationship desires.” I want all the love and connections. So polyamory works great for me. But that’s just me. And, based on statistics, somewhere less than 4-5% of the population.

But if it’s not what you want? I’ll guarantee you trying to be polyamorous will add a degree of misery to your life.

Just like cake. If you don’t like cake, forcing yourself to eat two slices won’t bring you any pleasure. Yes, cake is tasty (if you like it), but it’s also a lot of work to bake cakes. It especially feels like a lot of work if you resent doing it for something you don’t even want.

So, no. If anything, if you’re questioning whether you want an additional romantic partner, I would say, “No!” I mean, I’d say the same to a woman wavering on motherhood. God, no, don’t have a child just to “see how it changes you.” Spoilers: it won’t change anything about you. It might activate your maternal instincts, but if they aren’t there, you’ll just be stuck with a kid you don’t want to raise (and the child will figure it out one day and then they won’t talk to you and the whole thing will be a total waste on your part.)

But that doesn’t mean you don’t need your tribe.

None of us are meant to do it all, on our own. It’s just not possible. Those of us with less support? WWe don’t find some miraculous way to do more, or even the same, with less resources. We just learn to live with less. Or convince ourselves our needs are somehow lesser.

Whenever I say that people should open themselves to polyamory or learn about it, I don’t mean they should start dating two or three or more people. I don’t think they should start flirting with every piece of female (or male) flesh in sight. What I mean is that I think everyone should nuture more than one relationship in their life. As a confidante, a friend. As another person they can count on.

I want them to learn how to communicate and be there for more than one person on a deep, emotional level. Call it whatever you like. Tribe. Family. Chosen family. Support network. Your people.

Because when the time comes and you need them– if they aren’t there already, they won’t be then.

But I’m just not poly, you cry. No problem, you still need tribe. Perhaps your one friend says its normal to forget when you’re supposed to hang out, to cancel because they have a date. But then your other friend honors your time together. Doesn’t ditch you for her new boyfriend. And you see what’s actually possible when someone puts in the effort.

Because,you see, when relationships are simultaneous, it’s harder to dimiss your concerns about them. And the same applies to friendships. Your friend says it’s normal to blow off plans since you’re “just friends”? Fine, but when your other friend honors the commitments they made to you, perhaps you start to see that the quality of friendship can be rather more impressive than you once thought.

Or maybe you want to go on a spontanous trip, and you’d rather go with someone than alone. There are a million reasons to have a tribe to count on, rather than simply a One Twue Love.

It’s not only romantic others that will be there for you, when you need them.

My polycule, by the way, is not the same as my tribe. My tribe is far greater and more extensive than the few I pull into my inner circle of those I’ve partnered my life with– it is everyone with whom I am close and feel a connection.

And if you want to do something alone?

Well, there’s nothing stopping you. I, too, sometimes go off on my own. So do my partners. I like my “me” time as much as anyone. Okay, perhaps less than most, but I still have my hermit mode.

But it’s nice to have the option to go with someone from one’s tribe. From time to time. It’s nice not to do it all on on’s own. 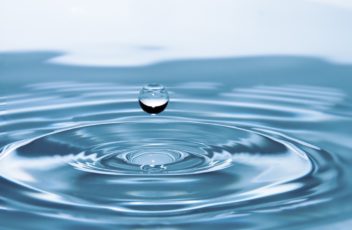 A brief definition of the word…

Experiencing echoism in my own life…

I became intrigued at the idea, as I like learning about new ideas. This one struck me in particular– my munchkins being raised by a narcissist, I wanted as much knowledge as possible to help them in the future, should they need a listening ear or a guiding hand. At any rate, it couldn’t help to be more informed.

I didn’t notice echoism so much in the older two. But the youngest? A little. She constantly diminished herself as lesser than others saw her, rather than greater than how others saw her (echoism vs. narcissism). Especially when given direct praise, “You’re so good at X!” “No, I’m not.” Now, I wouldn’t say she praised others at the expense of herself. However, the definition, as expressed in the article, said that children of narcissistic parents are often not allowed to have needs of their own. Since I knew several children of narcissistic parents, I thought it worth pursuing understanding this concept in a more thorough manner.

Of course, the article also stated that psychologists believed it might be an inherited trait, rather than a learned condition. So, maybe this wasn’t the right track for me to go down at all. Still. Might as well dig a little deeper to find out what I really thought about it?

I discovered two writings on the subject, a book called “Echoism: The silenced response to narcissism” and an essay entitled “Echoism. a New Diagnosis for Sufferers from Child Abuse.”

Hope you learned something, and thanks to @-PageTurner- for exposing me to a new word! 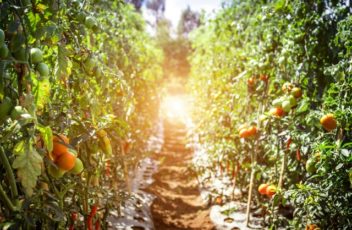 I find a certain peace in watering my plants. Early in the morning, when the hummingbirds spin round, before the heat of the day sucks the moisture from my body.

I prefer sturdy plants that don’t require a great deal of water, so I don’t stress about killing them. I may not have the greenest of green thumbs. But I do my best. I think I do it fairly compentently. I’ve kept a basil plant alive for weeks! It isn’t only the act of watering the plants that brings me satisfaction, however.

It’s the bounty it produces.

The colorful blooms and bright red tomatoes. I love popping a cherry tomato off the vine and its flavor bursting in my mouth. You see…

…the tomato plant can’t produce anything if it doesn’t have water.

Yes, I have many partners. More than that, I have many friends. Many family members, both blood and chosen. Some people say the poly life is overwhelming because of this— but let me tell you a little secret…ssshhh, come closer!

The more I give to my partners, the more they give back to me.

How do I manage not to allow myself to get drained? Truth is that my own cup is overflowing all the time. It’s all I can do to make sure I return the favor to all the special people in my life! I’d hate for someone to give me so much, and me give too little in return.

There’s this silly idea out there that each relationship must be a drain on me— and maybe all your experiences with relationships have been that they take and take and never give. But I refuse to be with someone who takes everything without contributing. As much as I might love you or think you are a good person, I won’t allow myself to be sucked dry.

“But what about when you’re not around? How do you keep them fulfilled when you aren’t there?”

Hmmm. Thanks for the stroke to my ego, but my partners are quite fulfilled. With or without me sitting next to them, staring into their eyes like a demonic presence.

I don’t think my partners are only happy when they’re with me, but, yes, sometimes they miss me. Sometimes I miss them. But that’s life. You miss people in real life.

It’s okay, though, because they have their own lives. I am not always a part of that. It’s okay to keep one’s independence AND simultaneously be near codependent in your relationship with another. It’s not always easy, but the more people you have in your life, the more support you have, too. It’s an upward spiral. Perhaps Stephanie isn’t available to help you deal with losing your job– but Amanda is, and her words are just as comforting, if in a different way. Poly is, in many ways, about appreciating what you have in the moment.

“Well, what about self care? How do you tend for yourself?”

That’s one of the beauties of having so much love and support. While I am never going to not need self care, at the moment, I don’t really need that much. I’m pretty happy. I find a few moments here and there, and that’s plenty. I can always find SOMETHING, even if it’s not much. A hot bath at the end of the day. Indulging in chats with one of my online groups.

Sure, I can fall behind. With myself. With someone in my family. With a friend or a partner. But life isn’t about keeping score. You forgive yourself, and you work to do something nice the next day.

Besides, what about yourself?

It’s not always about the romance. I bet that you have at least as many “relationships” going on in your own life. You just don’t call them relationships. But—

— think of all the relationships YOU maintain. Your four children, your elderly parents, your best friend who lives two states away, your social group, your volleyball team? You probably are doing just as much as I am doing, without even realizing (and if you don’t, that’s okay, too). Life, after all, isn’t just about boyfriends and girlfriends.

How many relationships are YOU nurturing in your life? Romantic, platonic, familial, professional? 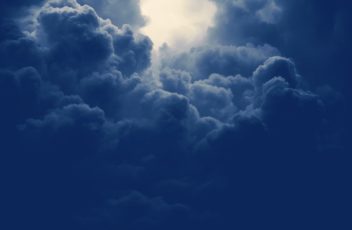 Break ups can be weird when you’re polyamorous. I think about if I would ever get “back” with my ex meta. We never quite “dated.” We never quite “broke up.” Neither did she and my partner 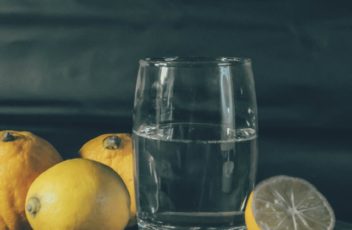 I never said I am the eternal optimist. Sometimes my tiny turtle mind says, “Hey, little dude, you’re flat on your back and you can’t get up!”