i include love in my relationships (in my back pocket) 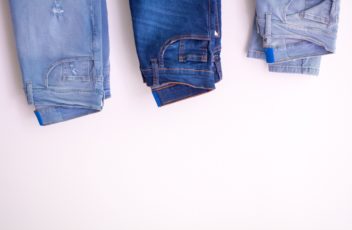 I don’t know if vanilla folk ask this question.  I haven’t dated any in a long while.  Kinky folk do, all the time, because it’s a legitimate question– not all kinky people are “open” to love happening in every relationship.  Even polyamorous ones. 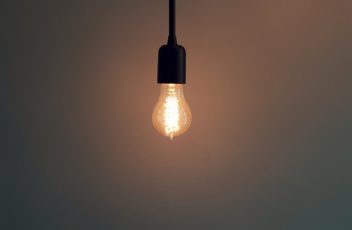 Labels are such an annoying little fact of life.

Some days, it feels like no label means anything.  “Everyone” says labels merely mean what a person wishes the word to mean.  Which means many are diluted the the point of vaguely lemon tasting lemonade.  Sounds tasty, no?

I’m funny in that I believe the purpose of a label is communication to OTHERS, not a way to validate oneself. I’m polyamorous because it’s obvious to anyone who meets me. Not because I need that word to understand myself.  And, well, it means something to me.

Perhaps it shouldn’t, but if it didn’t, I wouldn’t use it.  And this idea that poly can refer to anything not strictly monogamous?  I guess that works for some, but ignores a plethora of manifestations of non monogamy.  Not monogamy != polyamory.

Or worse, in my opinion, when someone picks up the label because it’s become trendy (did you know there are actually monogamous meetups now in certain areas where polyamory has become the default? How crazy news is that for us non mono/poly folk who struggle to make contact with the <5% of the general population who will even CONSIDER us for a partner?)

Sometimes, I wish I had the perfect label(s) for myself.

Especially when it came to my partner’s kids. What could possibly communicate the right ideas to them about the relationship between the kids and I?

I’d just been calling them “my partner’s kids” and I hated it.  So distant and impersonal for children I love as my own (and have told them this).  They are family to me, more than family, when I think about it.  I like my cousin’s kids, but I am not particularly close to my nieces and nephews.  I couldn’t tell you- right now- all their names, ages, and birthdays.  I just…am not that close to most of my religious, conservative family.

So, one day, I’m at the pool with my youngest– and it comes to me.

They aren’t, for what it’s worth, the only kids with whom I’ve grown close.  I helped raise our family friends’ twins.  Not to mention that two of my current partners have kids. I have never met my play partner’s kids.  Nor is that something that will likely ever happen.  But these kids are my family.  And I wanted…a word to call them.

Almost ten years.  I’ve known them nearly their whole lives; in the case of the youngest, for her whole life.  We have traditions we’ve created together. And yet I couldn’t think of a better term than “my partner’s kids.”

I could just say I’m their stepmom and they are my stepkids.  Except I don’t want that to be our primary relationship.  Sure, I’m basically their stepmom, but so much more than that…

And then, she says, “Can I call you my friendmom?”

We had a long weekend together, because of Memorial Day weekend.  Even got a whole day just with the middle child.  A rare treat.  We got tons of pie and looked at the trains at the end of the line (like we used to do when he was very little).

So then she says this, and I’m like, “I love it!  But I think it’s weird to call you my frienddaughter.”  She agreed.  We talk and try out a few words and then find the perfect one,

“What about munchkins or minions?”

I liked munchkins best. At first she objected. “Munchkins are donut holes! I’m not a donut hole!” But eventually she came round and said as long as I called her by her own name, and only referred to her and her siblings as ‘munchkins’ to others, that was okay.  At least until we thought of something better (and she’s been scrunching up her face about this problem every time I see her for months now).

So now they are my munchkins, and if I refer to them later, you’ll know who I’m talking about. 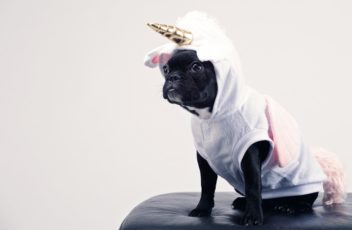 I’d been flirting, on and off, with this friend, who advertised themselves as a dominant.

Mostly off by this point in time, due to a lack of consistent communication. Supposed to hang out for drinks, but excuses kept turning up.

Until they messaged me for the final time, it turned out. The message contained quite a lengthy explanation. Long enough I had to scroll to read the entire thing. They had acquired a monogamous partner. Out of respect for their love for the person (that supposedly they had met less than a month ago), they could no longer communicate with me in any way. I felt a bit taken aback, but, I’m not great with being friends with folk in mono relationships. I started to compose a reply back—

I didn’t realize my powers had grown to the point where I could disrupt a happily monogamous relationship purely virtually.

I wanted to be indignant over it, or at the very least perturbed. Except I told my partner about the whole incident and he started laughing so hard, his eyes teared up. So I started giggling at the absurdity of the situation, too.

It isn’t like this was the first time this had happened.

I’m clearly a devastating model type with high cheekbones, shimmering hair, and legs to die for. With a wake of crushed souls trailing me. Or so you might think.

A friend’s husband messaged me on LinkedIn. He said we should connect and he wanted to steal me away to Paris. The land of love. City of love. Whatever. I had met him precisely once. I should have dropped him immediately, but I thought he was kidding. I mean, who messages junk like that and means it? I ignored it. Sent him a message later on a different subject. I never heard from him until he finally said his wife had seen the message and “forbade” him to ever speak to me. I guess that makes sense. I’m quite tempting to the unsuspecting vanilla person wandering across my path. I might have accepted his LinkedIn request.

A seemingly confident wife asked for an open marriage. I felt safe. Six months later, she promptly proceeded to accuse her hubby of starting a decade-long affair with me and conspiring to move me across the world to ruin their marriage. I did the mental math; that would have made me 14 at the start of our “affair.” Some of us killer unicorns start young.

Most of the time it was something small.

I didn’t think much of it.  Friends got married, then, like clockwork, I was cut out of their life. I can’t be sure whether these were kills or just unrelated incidents – friendships end all the time.

Still, this kept happening to me to the point where I decided to maybe not invest too much in friends I suspected might be the marrying kind. Other friends would politely maneuver their significant others away from me, avoiding a more deadly outcome.

Ah, the troubles of a unicorn in a modern world!  I haven’t yet pinpointed exactly what they think the threat is…but in the meantime, you just gotta laugh. 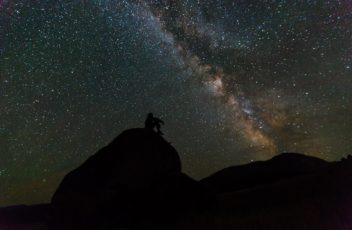 I love the idea of being my own person, all the tume, without a care in the world.  Solopoly, the idea of being polyamorous but remaining one’s own primary relationship.  Without any of the burdens (though, yes, without some of the benefits) of a long term, committed, involved on every level relationship.  Still long term, still committed– but ultimately autonomous and in charge of all one’s life decisions.

I don’t want to be someone’s other half. I don’t really have an urge to marry. I like the idea of freedom, total autonomy, walk around my apartment naked, travel on a whim.

But I also like having someone to come to every night, someone with whom I’ve intwined my life.

I fall asleep at night, next to someone who loves me.  Someone for whom I’ve made dinner, or they’ve made dinner for me (though usually I cook and he cleans up).  I want stability. I want to be important to someone.

I want a family.  How can I have a child with someone with whom I don’t share my life?  I mean, I know it happens, but it’s not often sought after.  Bearing some very unusual circumstances, I want my children to be raised by all their parents, in the same home.

And that means I cannot truly be solopoly.

Let me interrupt, briefly, to say something.  I do sometimes say I and my partner are both solopoly living along the same track.  It’s true we’ve kept many of our life aspects separate.  But like I said, I struggle with not only the label but the way of life.  I’m not, strictly speaking, entirely solopoly.

Which means things like living together (critical for me to get enough time with my partner) and sharing our lives and our families and our vacations (because I only have so much vacation time and I want them to travel with me during it.)  Which basically means they are a primary relationship.

You may not need what I need.

It’s okay if you never want a primary.  Though it comes at a cost.